They say to dress for the job you want, which given I’m in my robe until about 9 a.m. every morning before I go to the gym would suggest that I’m aiming to become a judge.

Even though I wouldn’t mind getting paid to voice my opinion on the stupid things people do, that’s what a blog and social media are for, and those things require much less work than being an actual judge.

With that said, I’ve been thinking about jobs that I AM qualified to do other than be the humorous, insightful, professional wordsmith that some company is just waiting to scoop up and hire any second now. Right?!? Right.

But in case I’m still unemployed next week, let’s explore my options. 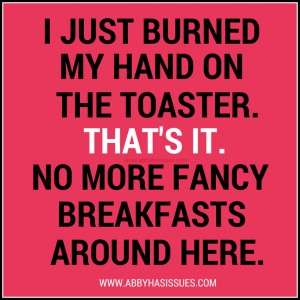 Okay. Maybe that one isn’t an option. Let’s move on.

I think my ability to make others look good by comparison is highly underrated. My beauty routine can be completed in the time it takes my car to warm up in the morning, so I think it’s safe to say I have perfected the perpetual “before” beauty shot.

Plus, that’s a job that wouldn’t require me to actually put on makeup, so really it’s a win-win!

The number of times I’ve grabbed a hot pan with the hand not wearing the OveGlove is impressive, not to mention the drama in trying to change a shower curtain liner or my sheets. There could be a whole series of infomercials with me as the star—including those for beauty products (see option 1 above.)

This appears to be a quick way to make more than $10,000 in under 20 minutes. While I would excel at the awkward interview portion of “Jeopardy,” I would be kind of screwed if the categories were about anything other than food, sports or cleaning products.

“Wheel of Fortune” would be an option, although falling over the barrier in an effort to enthusiastically spin the wheel and being forced to ride around in circles until it stopped is a distinct possibility.

If I could go on with someone else’s family, “Family Feud” might be viable, but I think my best bet would be “The Price Is Right” only because food often drops down my flat chest like a PLINKO chip. Plus, I have extensive knowledge of product prices, which brings me to my next point.

I know people think I’m crazy, but I love grocery shopping and do it not only for myself, but also my mom and uncle, who can’t do it that easily themselves. It’s like a big treasure hunt going into the store with their lists, and the store employees pretty much know me by name around town (true, it might be “That Crazy Girl Who Hoard the Avocados,” but whatever.)

Considering my top blog post of 2014 was “The Ten Commandments of Grocery Shopping,” maybe they could even give me a badge so I could enforce the rules that I wrote.

Quit laughing. I don’t mean Life Coach in that I have my life together and should tell people how to live there, but rather that it’s more “practical” advice for those who also have issues. Given that “The Tao of Abby” was the second most read post of 2014, it seems that suggestions like this go over well: 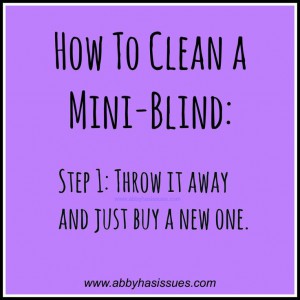 Plus, given some of the search terms people use to find my blog—“I have to pee but I can’t unzip my onesie,” “Believe in yourself unless you have small boobs,” “Need a studfinder both literally and figuratively” and “I will beat you with the grocery lane checkout divider”—it’s obvious that the public has questions they think I can answer…or they have deep-seated psychological issues.

Either way, I’m here if you need me.