Lentils are a delightful alternative to beans in my usual rice bowl creations.

“Lentil” is also easier to say than garbanzo.

Forgetting that there are fireworks planned nearby on a Friday night can freak the crap out of you when the booms and bangs begin.

Sometimes you shouldn’t feel guilty for liking the same exact thing every day (or using the same picture numerous times.) 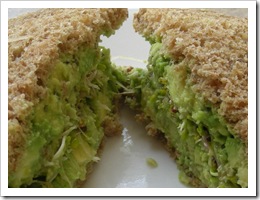 After all, food is weird, but so are people.

Some people will accept your unhealthy behavior if it benefits them in some way. This doesn’t make it OK.

School buses evidently stop at each individual child’s driveway now instead of at a bus “stop.”

I walked to a bus stop down the street every morning when I was little, and we had more fun before the bus came than we did the whole day at school.

Numbers, comments and opinions are only as strong as the power you assign to them.

Typos are unfortunate, especially if they involve the words “public,” “exotic” or pens…I’ll give you a minute.

There is nothing wrong with doctoring up an organic frozen meal… 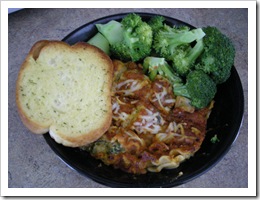 and then taking over a real chef’s blog and pretending to know how to cook.

Even when I’m going the speed limit, my heart still jumps into my throat when I drive by a cop running radar. After that passes, I get arrogant and feel like I deserve extra credit or something for obeying the law.

Most people are looking for an excuse, not a solution. Do not be one of these people. (This annoys me, even if it’s me.)

I get freaked out when I feel my pulse in weird places.

It’s Astrid’s birthday next week, but she’s giving a present to you! Stop by her blog and wish her a happy day, as she makes me smile (and hungry) each time I do.

I wanted to include my usual video that excites and amazes, but I couldn’t get it embedded because I’m stupid technologically (not technically stupid, mind you.) So, if you want some recommendations of books NOT to read this year, Jimmy Fallon has a few suggestions.

Sneezing when you’re driving is kind of scary.

I love a good book, but hate when it’s finished. For that reason I will always leave the last few pages and kind of ration them out over a couple days, unless I have another book waiting to be read. Then I just finish the first one and move on.

Larabar is retiring the Cocoa Mole flavor, so stock up if you like it.

(It was never my favorite flavor, but maybe I should still send a card joking about all the extra time it will have to go golfing now?)

When you are running behind, the following things are bound to happen on your drive: you will realize your gas tank is on “E” and debate the merits of stopping or chancing it and waiting until later; you will hit every red light; you will get stuck behind a farm implement with no room to pass (still obsessively checking the gas gauge every five seconds) before passing a cop and silently thanking said farm implement for forcing you to go under the speed limit even though you’re late.

OK. Maybe that just happened to me.

I love The Onion and this one is so, so true. Person With Almost No Responsibility Always Stressed Out.

I can feel much more insecure than I thought, and this royally pisses me off.

Baking salmon, steaming broccoli and boiling eggs at the same time can make your kitchen smell…interesting.

Amy’s Four Cheese Pizza is in fact a bit more delicious than just the cheese version. 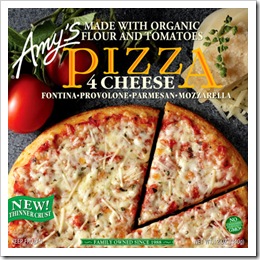 They claim the crust is thinner, but I didn’t think so (I love the crust on this one.) And as we know, thin food can cause controversy.

Post block syndrome—similar to writer’s block in that one feels unable to come up with any post-worthy content.

"People can’t conceive of a virtue in someone else that they can’t conceive in themselves. Instead of believing you’re stronger, it’s so much easier to imagine you’re weaker." — Chuck Palahniuk

Speaking of sweet, here is your cute animal video for the week.

I’m learning it takes trust and vulnerability to really be a friend.  See, a true friend is one that has seen your vulnerabilities, couldn’t care less and reminds you that this too shall pass.

On that note, it’s “couldn’t care less” and not “could care less.” Sorry. Pet peeve.

All my magazine subscriptions arrive on about the same day and I feel overwhelmed and like I have to hurry up and read them all. However, two weeks later half of them will still be sitting on my “throw it there” table, unread. Sigh…

I always doubt myself the second I hit publish on certain posts, but it helps to remember that:

"We can never judge the lives of others, because each person knows only their own pain and renunciation. It’s one thing to feel that you are on the right path, but it’s another to think that yours is the only path" ~ coehlo

Nuns riding bikes will not always yield to pedestrians. Trust me on this one.