On the Road Again

It’s that time of year again.

Uncle June is traveling, my friends.

In case you’re new here, my OCD and general outlook on living prohibit me from enjoying traveling for work. However, it’s a necessary evil that happens every year towards the end of January when I go down to Houston.

It starts with a 6am flight Thursday (3am alarm) and ends Monday night. We put on a party Friday night for 900 people in the industry, 300 people Saturday night and I work the trade show the whole weekend. There are many 14-16 hour days.

Because I’m me, the majority of those 14-16 hours each day are spent stressing about finding vegan food (the one place nearby is closed on the weekends) and avoiding the flu epidemic.

Side note: I’m going to see if I can make the “professional chest bump” a thing instead of a handshake.

Many people say, “It sounds likes fun!” or “At least you’re not stuck at home!” These people are crazy. It’s a work trip, not a vacation, and I prefer to be stuck at home.

Last year he found himself in a little sombrero. Ole!

Thank you for asking:

1. Travel is not comfortable, and I don’t just mean for vegans with OCD. Something about shoving long legs into an airplane seat, sleeping in a bed with lumpy pillows and trying to avoid touching anything that probably served as the origination for the Ebola virus just doesn’t make it’s way into travel brochures.

2. Travel is also painstakingly long and stressful. You’re on someone else’s schedule and waste days just getting from one place to another, and that’s not counting the time spent when you get where you’re trying to go.

3. When you’re on the road, you can’t get other stuff done—especially with the crappy hotel Internet you have to pay $15/day for. When you get home, you have to rush to do laundry, restock the fridge and get caught up on everything else work-wise that had to be delayed because you were traveling for work. 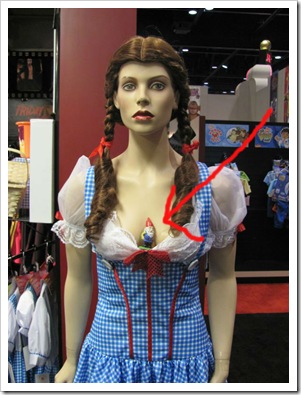 And then I found Uncle June in Dorothy’s cleavage.

But all of that aside, I’m grateful to have a job and know I’ll be home soon enough.* I won’t be chained to my computer every second though, so you’ll have to survive without my constant tweets and updates.

I’m always in observation mode, which means I’ll milk at least one or two posts out of this mid- and post-trip (depending on crappy hotel Internet, of course.) If nothing good happens I’ll just use this space to tell you nothing good happened, feed my feelings and then distract you with pictures of the happiest animal in the world or a post I wrote that includes an open letter to my sock. 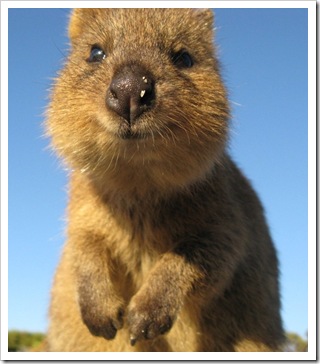 It’s really a win either way.

*This statement sponsored by that voice in my head reminding me I need to keep my job and pay my mortgage. Carry on.

Like Loading...
This entry was posted in Uncategorized and tagged Houston, OCD, travel, Uncle June, work. Bookmark the permalink.

35 responses to “On the Road Again”