A Thank You Note

I actually had another post ready to go, but you’ll have to wait a couple days to be mildly amused or disappointed. Why, you ask?

Because I realized it’s been almost one year since I released my humble little book, and decided to ramble reflect on the past year instead.

First of all, I want to thank each and every person who ever bought it, tweeted about it, sent me a note/picture about it or even used it as a coaster for beer. You have no idea how humbling it was when you did this, and I’m still amazed that anyone cares what I say.

But for those who don’t know the story, I didn’t self-publish this book to try and make money, as that is a laughable notion.

No, I wanted a collection of my words I could hold in my hand and give to my mom for a Christmas present. She’s my biggest fan, and I wanted to make sure that I didn’t accidentally delete my blog in a fit of frustrated rage and lose a compelling account of my Tooth Fairy campaign. 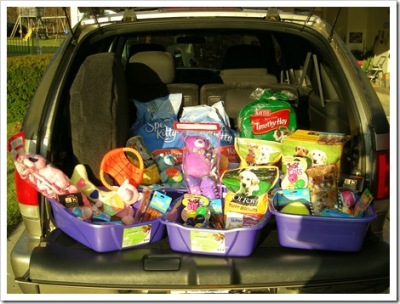 You can read about all that over here, so I won’t rehash the whole thing.

All I can say is that a year later, I’m still proud I took the chance when I did. It was a lot of work, but seeing the look on my mom’s face when I gave it to her and when we got to deliver the goods to the Humane Society was priceless, as are the comments I still get today.

With that said, I can’t help but wonder what’s next.

The last year of blogging has taught me so much—about myself, about others, about writing, about life—but there are many times when I feel like maybe I’ve said everything I want to say. More often than not I’ll think, “I should blog about that!” only to realize I wrote up that post just last year.

After three years it gets hard to keep churning things out, but the reason I put pressure on myself is simply because I need something — something that makes me feel creative, makes me feel wanted, that connects me to people who feel the same way.

True, some days I want to delete the damn thing, and maybe some day that will happen. But for now, I still kind of like it and am sticking around for a bit.

And to answer the question I get once in awhile, yes, I’ve thought about doing another book. I think I’ve defined my voice and perhaps even stepped up my game since the last book came out. But I also feel like maybe that (sales) ship has sailed and I really hate self-promotion, which is kind of important with things.

Plus, I’ve already used the one picture I have for the cover on the first one, so there’s that.

Anyway, this whole long ramble is to sincerely thank you for your support this past year—not just with the book, but with the blog and with me as a person. I know readers and blogs come and go, and I am truly thankful for those who are with me today.

That’s as mushy as I get. Now it’s your turn.

Who do you think needs a thank you? I don’t care if it’s the inventor of the OveGlove (genius!) or the nice person who told you there was a fabric softener sheet sticking out of the ass of your pants. Let’s give thanks.

Like Loading...
This entry was posted in Uncategorized and tagged blogging, book, Humane Society, i hate self promotion, reflection, thankful, writing. Bookmark the permalink.

28 responses to “A Thank You Note”