When people hear I’m an editor, the first thing they often assume is that I’m the grammar police. I am not. 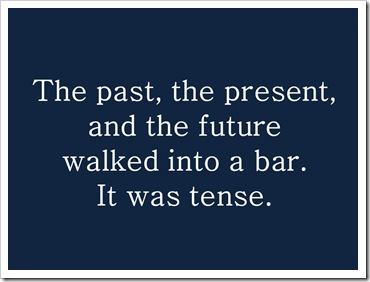 I do love a good grammar joke.

While I unfortunately/reflexively think in AP Style and know the difference between “that” and “which,” that doesn’t mean I’m not constantly referring to the AP Stylebook at work or that I always remember that a preposition is something never to end a sentence with.

And I’ve accepted—not excepted—the fact that I will never be able to correctly spell words like definitely on my first or third try. But there are  a few things that do make me lose—not loose—my cool with how language is often used.

Aha! There is one of them!

Lately the word “used” is being replaced by “utilize”—one of those “smart” words people throw into in hoping to sound fancy or amazingly intelligent.

Quick lesson: The definition of utilize implies taking something and using it for an unintended purpose (convert to use.) Meanwhile, the definition of use means employing any old thing to achieve your goal, whether or not you use that any old thing for its intended purpose. So if you are not actually creating an alternate use for something, utilize is the wrong word.

With that out of the way, I have to admit that I do have a list of other words that I have personally witnessed the abuse of on multiple occasions, and I don’t feel bad specifically—not pacifically—pointing out these examples.

It’s not me being especially—not expecially—picky, but rather being helpful. Because I can tell you from a professional standpoint that for all intents and purposes—not intensive purposes—if you say/type something incorrectly, there’s a chance that someone could have—not could of—misunderstood what you were trying to say. 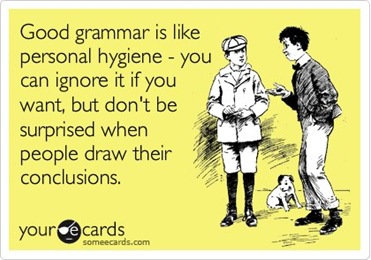 So occasionally pointing out to someone that “spelt” is a type of wheat and “spelled” is what they’ve done incorrectly is actually a public service.

Hypothetically—not hyperthetically—speaking, let’s say you are engaging in an email conversation with someone and they asked—not axed—you if you had talked to a certain individual about his work ethic—not work ethnic.

A reply of, “He surposedly/supposably logged in five hours on Monday” will appear confusing to the recipient because “surposedly” is not a real word and “supposably,” although a real word that means “able to be supposed,” is not a synonym for “supposedly.” 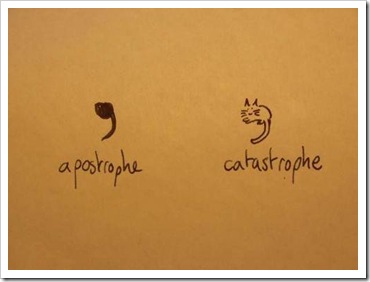 This really doesn’t have to do with anything, but I thought it was funny.

Anyway, I could go on with another—not nother—example or two, but that would probably just sound too petty. In general, I really couldn’t care less about a lot of these except the misuse of “could care less” vs. “couldn’t care less.” That one just pisses me off.

Plus, I know that sometimes it’s simply a matter of hitting the wrong key on the keyboard, like the time I shared that I was “super busty” instead of “super busy.” (Looks up at the sky, twiddling her thumbs and innocently whistling a tune.)

After all, mistakes happen—hypothetically speaking, of course.

Like Loading...
This entry was posted in Uncategorized and tagged editing, grammar, humor, I probably used words wrong, people use words wrong, writing. Bookmark the permalink.