You Do What You Can

When it comes to my house, I love it beyond belief. Aside from the normal issues like mortgages and appliance defiance, it’s truly a place I adore. 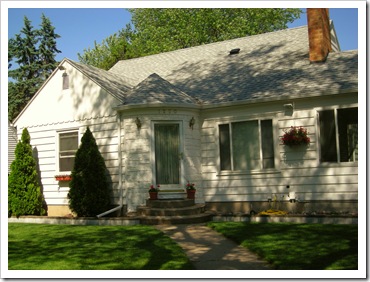 Not the best picture, but you get the idea. It exists.

Being single by choice, I’m grateful for my job and the fact that I can work and maintain this sense of independence, which brings me to the point of this post (other than showing you pictures of my flowers.)

There’s no shortage of “inspirational” tweets and posts from women who encourage others to escape the rat race and go after their dreams. They share their stories about  how they were unhappy with their traditional job and knew they were destined for something more, so they quit and pursued their passion.

I commend them for their work ethic and think it’s amazing that they are able to go after their dreams. In fact, I’ll throw it out there that I’m a little jealous—who wouldn’t want that?

But at the risk of sounding like a witch, I sometimes find these quips a little more annoying than inspiring. Why? Because along with determination, these women often have one other important thing in common — they have a (financial) safety net, often in the form of a husband.

What does that have to do with anything?

While I know having a husband doesn’t guarantees financial security—don’t hate me yet—they more often than not have a partner that provides relative stability and benefits. As a result, these women can take more risks without worrying about how bills will get paid or their future retirement plans.

You don’t have to water rocks.

If their lifestyle and survival depended only on the income they brought in themselves, they might not be able to give up that stable job as readily as they suggest.

That’s why hearing, “If you’re not happy at your job, quit! Life’s too short not to do what you love!” often rubs me the wrong way. While I agree with those sentiments, the fact of the matter is that I—and many others, married or not—have to put realistic obligations before artistic inclinations, health benefits before intrinsic benefits.

Now I’m in no way chiding these women who have worked extremely hard to do whatever it is that they’re doing. In fact, it’s quite the opposite. I think it’s great that they know what they want and have the freedom to go after it all.

FYI. Miracle-Gro only works on plants, not on cleavage.

I’m also not playing the victim, as there’s no limit on what I can do personally or professionally—if I ever figure out what that is. But I realistically can’t pay the bills by blogging, teaching yoga or selling organic vegetable paintings (and not just because I can’t really paint and am not certified to teach yoga.)

So there are times I feel guilty and like I’m “settling” when I read what they write. But then I remember that for some of us, it’s not as easy as casually saying goodbye to the practical and hello to the passion.

We all make choices, and I remind myself that I do the things I have to so I can have the things I love that make me happy.

And sometimes, that’s all that I need.*

*However, if there is a rich old geezer out there with one foot in the grave and the other on a banana peel looking to fund my hippie habits, have your people call my people.

Like Loading...
This entry was posted in Uncategorized and tagged flowers, garden, life, someone will take this the wrong way, work. Bookmark the permalink.

52 responses to “You Do What You Can”