Why I Don’t Have a Stalker

I’m trying to deal with some issues in a “healthier” way than I want to, so I’m writing, but not about those things. Maybe I’ll write about those things in the next couple weeks if I don’t think it will bore everyone. We’ll see. I’m feeling wordy.

But right now it’s the weekend, and  not to brag or anything, but I’m pretty sure I have a hot date with the shovel. Oh yes. I’m told I could get a good six inches, but then again, those things are always exaggerated. 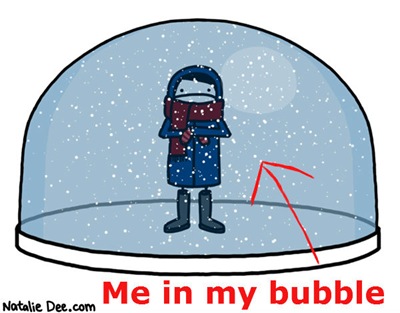 The only dating I do is reading expiration dates on food.

During the week, my days are basically the same and involve the same route and the same activities. The weekends are similar, minus the drive to work and the occasional TV appearance that at no point included paparazzi or security guards—except to drag me off the set.

Pretty much knowing where I’m going to be might appear to be the formula for a stalker, but trust me. If parts of my Twitter feed lately are any indication, you can see why they would move on to someone with a social life beyond jilted geriatrics and gang-banging birds.

Now keep in mind that these aren’t all my tweets or anything. I do actual stuff that goes undocumented. I also only tweet from my computer and not phone, therefore reducing the stalker potential even more.

But if you are so inclined to proceed with stalking, please bring a shovel and at least make yourself useful. If I decide to break out the fuzzy pink gnome tiara, I’ll let you know so you can jump back in the bushes.

Just watch out for the gang-banging birds.

(I encourage this kind of stalking.)

45 responses to “Why I Don’t Have a Stalker”