Today’s post is the result of what happens when it’s 96 degrees outside and I don’t have air conditioning. It is also a combined effort of a prompt from Studio 30 Plus—Summer Days—and the Red Dress Club—something you memorized or remember from childhood.

Long gone are the mornings spent scraping off snow,

wearing our hats and gloves each place we go.

Flip-flops (or no shoes) replace our big boots,

and out come the T-shirts and bright bathing suits.

But when I was a kid summer meant a bit more,

you never quite new what fun could be in store.

No school to attend and no homework to do,

or boring assemblies left to sit through.

Instead I would sit on my bike or the swings,

Wiffle ball games were held back in the grass,

so that it would hurt less to slide on your ass. 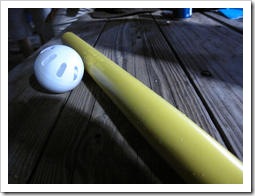 The arguments came with about every play,

as someone who sucked at the game would then say:

get off of my property before I tell.”

Running through sprinklers and stepping on bees,

The trampoline served as a real launching point,

as we “popcorned” each other right out of the joint.

Over the fence they would fly with great height,

Slip and splash basically served as a way

to quickly maim someone through innocent play.

A water-slicked tarp leading straight down a hill?

A highway to taking one hell of a spill.

Trucks all pimped out with some music and lights,

would sell us kids all kinds of frozen delights.

(Looking back now I think most of those rides

were really a front to sell pot on the side.)

At any rate, we ate treats in a cone,

and our parents bought brownies and left us alone.

We always would find that one friend with a pool,

(the one that we never hung out with at school.)

Camping’s been talked about here once before,

but it’s simply a summer thing I can’t ignore.

For I still remember the fear and the fright,

when told of the Hook Man each hot summer night.

Thanks to the moron who told me that bit,

I was waiting for serial killers to hit.

Anyway, now that I’m older and work every day,

this “job” that I speak of just gets in the way.

Work on my tan is replaced with real stuff,

But things balance things out with the sunshine and heat,

flowers in bloom and the market with treats. 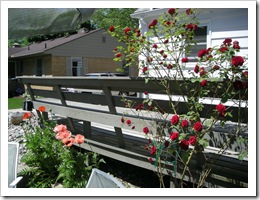 My skin glows with color and freckles appear,

that normally hide for the rest of the year.

The smell of a charcoal grill still can’t be beat,

even though I’m not into consumption of meat.

Things can get steamy, uncomfortably so,

but at least I’m not shoveling three feet of snow.

So while things are different for whatever reason,

summer is still quite a wonderful season.

I might not get weeks off but with any luck,

I soon will cross paths with that great ice cream truck,

(For ice cream, of course.)