New Year, new round of FYIs

It’s been awhile since I’ve done FYIs, so I thought the new year would be a good excuse to scrounge up another round. They’re not really seasonal in nature, but whenever I write something serious I doubt posting, I always feel like I have to hurry up and write something else right away.

So without further ado, FYI:

While they say a watched pot never boils, the second you turn your back and start doing something else, it will completely spill over.

You have to let down your guard to let someone in.

It’s easier to just buy new mini-blinds than it is to try and clean them. (The same goes for shower curtain liners, but to a lesser extent.)

No one should own a pair of Pajama Jeans. 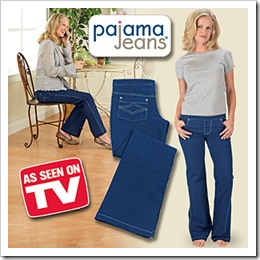 If you find yourself saying “but I was only trying to help” a lot, you’re not helping (especially if helping involves gifting a pair of Pajama Jeans.)

Be better, not bitter.

When you don’t have money to buy something, you will find a bunch of things you want to buy. As soon as you are given gift cards, you will be unable to find anything at all.

You can’t be in a bad mood if you’re dancing.

When you get a flat tire, you fix it. You don’t slash the other three. My point? Even if you take a step back with resolutions, you can always take the next step forward.

Then again, I much preferred Gilad’s “Bodies In Motion,” Denise Austin and Jack La Lanne to Jillian and Jackie Warner, so maybe I’m full of crap.

Since Joel McHale still hasn’t called, I’m moving on to Daniel Tosh (but Joel still had a standing invitation.) 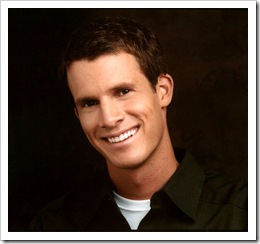 Say what you mean, mean what you say. Never say sorry for feeling that way.

There are two kinds of people—those that eat the skin on baked potatoes and those that don’t. The cool people eat the skin. (This logic does not apply to bananas.)

You can—and will—always be humbled by something or someone. This is a good thing.

People with the least amount of responsibility will continually complain about being too busy.

Adding Brussel sprouts to a Whopper does not negate the fact that it’s still a freaking Whopper.

Contestants on cooking shows—Iron Chef or not—sweat entirely too much for any of the food to look appetizing.

Every minute of the day is not an emergency or something to urgently be filled with something, anything. Busyness does not equate with productivity, so breathe, prioritize and make time for yourself.

I constantly have a “writer’s voice” running dialogue through my head—observations, poems, ideas—and it’s exhausting.

Because of this, I would love to give my brain a break and read your FYIs. (OK, the two are completely unrelated, but I love your FYI comments.)

So, if one of your resolutions was to comment more on random rambling blogs, I am presenting you the chance to succeed. Why wait until tomorrow?

Like Loading...
This entry was posted in Uncategorized and tagged advice, animals, FYIs, holiday, random observations, video. Bookmark the permalink.

17 responses to “New Year, new round of FYIs”